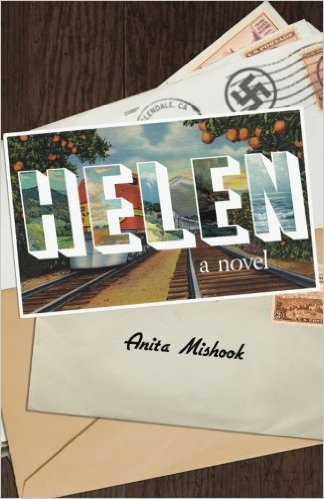 When Helen left New York on a train bound for California in 1936, she was looking for a change of scene, planning to stay with her sister in Glendale and babysit her niece and nephew. But when she arrived, she found herself steeped in a world of bookies, mobsters, and a Nazi underworld that she must infiltrate on behalf of the Anti-Defamation League.

Anita Mishook’s well-researched and brilliantly written debut novel transports you to 1936 and the under-told history of the American Bund, the pro-Nazi Silver Shirts, and their efforts to build a summer retreat for Hitler near the Los Angeles coast.

Anita Mishook received her Ph.D. in Psychology from Stanford University. She continued as a psychologist, licensed in Illinois and then in California, for four decades, practicing under her professional name During this period, she headed the Child Adolescent Mental Health Program in San Bernardino, until going into private practice. Her debut novel Helentells the story of 1930’s California, where pro-Nazism took hold and led the Anti-Defamation League to spy on extremist individuals and organizations. Anita Mishook’s novel weaves this historical account into her own family’s history