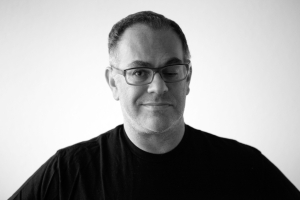 Jeff Leisawitz burns with a mission— to inspire and teach writers, artists, songwriters, musicians, filmmakers, solopreneurs, arts organizations (and every other human with a heartbeat) to amp up their vision, tap into their potential and shine in the world.

Besides being a creativity coach, Jeff is an award-winning musician/ producer, a critically acclaimed author and internationally distributed filmmaker who has devoted his life to creativity.

As the guy behind Electron Love Theory, Jeff fused interviews with Seattle’s WTO demonstrators into electronic music, garnering more than a quarter million downloads worldwide. Jeff has released five studio albums and has landed thousands of music placements in film, TV and multimedia for clients like HBO, MTV, Discovery, Microsoft, NBC and many others. His album of electronic U2 cover songs has been streamed over a million times around the world.

As the founding writer for Seattle’s taste-making alternative rock station 107.7 The End, he chronicled the alternative grunge scene in the 90s.

After training as a Life Coach and practicing NLP (Neuro-Linguistic Re-Patterning) Jeff landed a gig as an adjunct faculty member at Pacific Lutheran University— teaching college students to rock. (Seriously!)

Jeff’s critically acclaimed book Not F*ing Around— The No Bullish*t Guide for Getting Your Creative Dreams Off the Ground has helped thousands of creatives step forward in their work and creativity.

When businesses, schools and organizations like Brown Paper Tickets, Tacoma School of the Arts, Gage Academy of Art, Northwest Film Forum, ASQ and others need to amp up the creativity, Jeff leads workshops, webinars, retreats and other events to fire up the creative spirit and empower people to tune  into their true potential.