My Name is Pedro Filmmaker Lillian LaSalle is Today’s Honoree 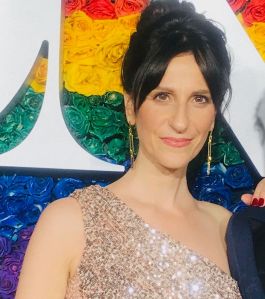 LaSalle is the recipient of the 2016 Peabody “Futures of Media” Award for Producing the web-series, Halal In The Family, starring Aasif Mandvi, which garnered wide-spread media attention for taking on Islamophobia through the use of comedy and parody.

LaSalle is the Producer of several feature films including, Loggerheads, which premiered in competition at The Sundance Film Festival and Sweet Land, which won the Independent Spirit Award for Best First Feature for writer/director, Ali Selim. LaSalle’s other notable feature Producing credits include: Today’s Special, which premiered at the BFI London Film Festival and won the audience award at the Palm Springs Film Festival, Just Like the Son from director Morgan Freeman, Find Love, Heavy Petting, and Mentor, as well as Southern Belles and American Cannibal: The Road to Reality.