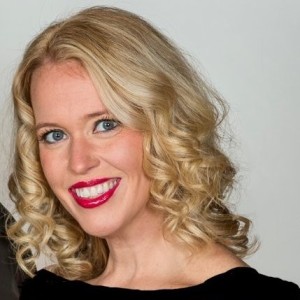 Ryan Hammond is the Executive Director of the Eagles Autism Foundation. What began as the Eagles Autism Challenge in September of 2017 has evolved into so much more than a single day and signature fundraising event. This next step boldly showcases the continued commitment to autism and leverages the Eagles’ platform to change the lives of those affected by autism. This new foundation allows unity among all efforts and intensifies the impact throughout the year. In just two short years under Hammond’s leadership the Eagles Autism Foundation has raised over $7M with 100% supporting autism research and care, opened the Sensory Room presented by Children’s Hospital of Philadelphia with the certification of Lincoln Financial Field as sensory-inclusive and launched inclusion efforts around employment and fan engagement within the Philadelphia Eagles organization. Hammond strives to shift autism awareness to action and serve as a model for others.

Hammond has spent over a decade committed to improving the lives of those affected by autism and previously served as the Executive Director of the Kinney Center for Autism Education and Support at Saint Joseph’s University. She established a management and organizational structure for the Center, while   stewarding   important   fundraising   relationships,   building   strong   corporate   and   community partnerships, creating dynamic programs, and balancing community need with strategic growth and resources.

Under Hammond’s leadership, the Kinney Center – which trains autism professionals and supports individuals touched by autism – emerged as a strategic asset and top priority for the university.

A native of Delaware County, Hammond received a Bachelor of Science degree from Neumann University and holds an Executive MBA from Saint Joseph’s University. She is married to Charles Hammond IV and has three daughters, Taylor, Payton and Charlie.

Hammond was recognized as a Women on the Move from Mainline Today, featured on Her Story, serves as a member of the Kinney Center Advisory Board and mas been featured in local and national media around the Eagles Autism Foundation. She previously held positions on the Commission of the Status of Women Board and Women’s Leadership Counsel at Saint Joseph’s University.