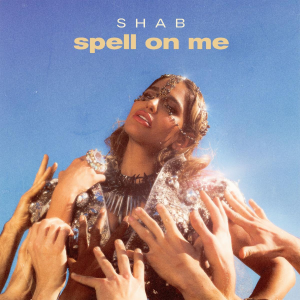 Music artist SHAB, whose indie pop music mixed with drops of Persian & Latin rhythms is the sound of a new voice via the disco ode to female wildness with lead-off single “Spell On Me.” Through her rhapsodic lyrics, this Iranian refugee and mother of two has captured the attention of girls across Iran and its diaspora..now she sets her sights on the United States.

Please see the “Spell On Me” Music video here:  https://www.youtube.com/watch?v=0r2A_Cji4f0

The mesmerizing pop-leaning “Spell On Me” single was helmed by Grammy-winning producer Damon Sharpe, who is known for his work producing Ariana Grande, Jennifer Lopez and more. Featuring a steady stream of feel-good hooks, SHAB draws on her own romantic torment, crafting raw lyrics to her lover and heartfelt reflections on surrendering herself to intimacy. Through power ballads and dance floor anthems with the upcoming album, SHAB harnesses anguish and devotion, as she traces journeys of femme self-discovery.

This mother of two has spent the last few years gaining a loyal Persian fanbase around the world, establishing herself as a pop goddess with purpose. Her new “Spell on Me” music video alternates between playful and surreal. An eclectic mix of sounds ring throughout her new album as she opts for a mix of urban tilting songs, pop ballads, and dance inducing knockouts. She combines and energizes familiar dance-pop sounds to make music worth getting lost in. With effortlessly huge choruses and distinct yet unpredictable vocals that’s eccentric in the purest of pop sense. SHAB delivers a kaleidoscope of sound that goes hand-in-hand with the lyrics