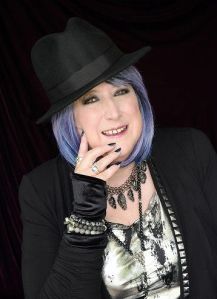 Suzy is a new melodic-rocker who, at 62, is releasing a new EP after a lifetime of haters who said she couldn’t do it – until one rock star finally said otherwise (and he’s playing on her EP).

Forget the bedroom, she took her fantasy out of the band room: After being told for most of her life by everyone from her family in a small Mississippi town to shady “music professionals” that she shouldn’t pursue music because it’s not a viable career, she attended Rock And Roll Fantasy Camp where she shared the stage with Paul Stanley (KISS), Nancy Wilson (Heart), Cheap Trick and played venues including the Whisky A Go Go in West Hollywood and House of Blues in Las Vegas.

For the first time, someone told her that she should pursue music after he listened to her original songs. It was Fantasy Camp counselor Joe Vitale (Joe Walsh, The Eagles).