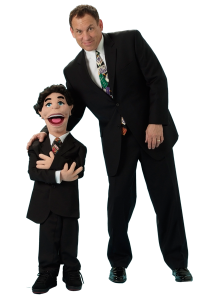 Comedian and world-renowned ventriloquist, Taylor Mason, who was the winner of the 1991 Star Search and a recent performer on the popular Dry Bar Comedyonline series, has released his humorous recollection of making his dream a reality in his new book, “Irreversible.”

In the book, Mason reflects on his life as a ventriloquist from the moment he discovered the art, to performing with some of today’s biggest comedic stars while part of The Second City improv group. Throughout his book, Mason shares where he is today while giving insight into standup comedy, ventriloquism, and working in the entertainment industry.

Taylor Mason is a comedian, a musician, and a world-class ventriloquist who has been making audiences laugh around the world since 1983. He boasts more than one thousand television appearances, numerous accolades, a previous television show, two published books and countless performances at top comedy clubs and arenas in every major U.S. city. He can currently be seen performing live shows as well as on the popular Dry Bar Comedy YouTube channel.