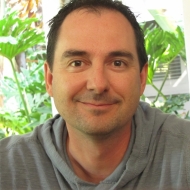 Harry is the founder and Executive Producer of NiteLite Pictures.  He is an award-winning television producer whose innovative style and creative energy established his strong reputation for delivering quality projects for some of the biggest networks and advertising clients around.   Harry has an exceptional ability to remain true to the creative while navigating complex projects, timelines and budgets, whether it’s a network reality series or a Super Bowl commercial.

Harry expanded his television career while working with Disney producing theatrical trailers, television promos, commercials and pilots.  Since then he has developed and produced television episodes, series, pilots and specials for networks including Discovery Channel, Syfy, History Channel, truTV, ESPN, Oxygen Channel – with an emphasis on strong storytelling and compelling characters.

A Chicagoan at heart, Harry is a member of the Academy of Television Arts & Sciences and a hockey fan who resides in Los Angeles, California.