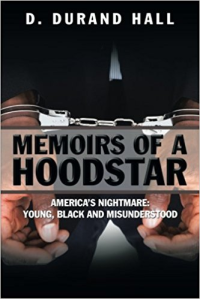 According to NBC News, 70 percent of Americans believe that race relations in the U.S. are harmful. D. Durand Hall, a Phoenix native, believes that lowering tensions and healing can come from better understanding.

Which is why Hall created Urban Multimedia Communications, a company committed to creating platforms that inform and promote minority struggles in the world.

The corporation’s first work is Hall’s book The Memoirs of a Hoodstar: Young, Black and Misunderstood . Using his studies in Africa American culture and based on true events, this book addresses serious socioeconomic issues occurring in urban communities such as premarital sex, teenage pregnancy, generational poverty, drug abuse, gangs, violence and the high rate of crime and imprisonment. He hopes to give those outside of urban America a raw and authentic look at the life of many African Americans.

In 2008, the United States Supreme Court ruled California’s prison system as unconstitutionally cruel and overcrowded. The decision mandated the downsizing of a prison system that had risen to become the largest in America. How did California become the king of imprisonment, and what prompted the mass incarceration of a generation of minority males?

Memoirs of a Hoodstar is a real look at one man’s life as he goes from a serious hustler to prison inmate. Jamal ends up behind bars after living a life of crime, and although he deserves some punishment, he soon begins to realize the huge number of African American males behind bars is more than punishment: it’s a political game and he’s just one of the pawns paying a priceless price.

Greedy men like Big Al make loads of dough on the California penal system, and nobody’s stopping them. Jamal hopes that the madness will stop, but who will stand up for prison inmates? D.Durand Hall provides the uncut truth behind the barbaric imprisonment of California’s notorious department of Corrections but also reveals how ex-cons can turn their lives around.