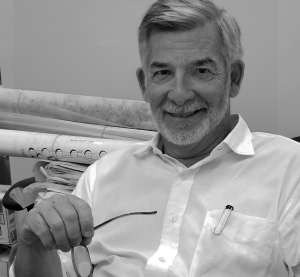 Robert has been an architect in South Florida for over 40 years and has contributed to the Miami skyline and historical communities. He is a pillar of the community and has won endless awards. From being the Board of Directors and Executive Committee of the Community Partnership for the Homeless, to designing the Miami Beach Art Deco District Historic Preservation Master Plan, to leading the rebuilding efforts after Hurricane Andrew as President of the South Florida AIA, Robert has accomplished more than many people in a lifetime.

Having grown up in a family of engineers, it was only natural for Robert to want to follow in their footsteps and study engineering in college. It wasn’t until he spoke with his academic advisor at the University of Florida and found out chemistry was in the curriculum that he chose to study Architecture instead, a decision that changed the way his future was mapped out. After graduating from the University of Miami with a Masters in Urban Design, Robert worked hands on on numerous projects, overcoming multiple obstacles and challenges and orchestrating each project in its entirety. Everyday occurrences serve as inspiration for Robert, from spoken phrases to cities he’s visited. Once the gears in his head start turning, there is no stopping him; he makes a quick sketch in a notepad for future reference and keeps them in a place only he has access to. Robert currently sits as Chairman of the Board for Chisholm Architects, overseeing his company, serving as mentor to his staff and leading all firm design efforts.