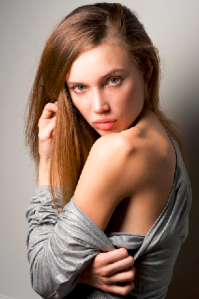 Natalie Gal, an American actress and model, was born into the family of an opera singer and a poet. Natalie began studying ballet, arts, piano, singing, and theatre performance at the age of 6. She’s often compared to a young Angelina Jolie and considered to be a very promising young actress by major media and magazines. Her studies in acting span from the Moscow Art Theatre to New York University as she speaks four languages fluently (Russian, Ukrainian, Spanish and English).

Natalie is represented by Photogenics Media in LA, Fenton Media in NYC, Beatrice in Milan, as well as agencies in Moscow, London, Athens, Paris, and Germany.

In September 2010, she was chosen to be the chairman of People Power Progress. Natalie is involved in several charities, lives between NYC and LA, studies acting in Lee Strasberg in Los Angeles and frequently travels to New York, Miami, Chicago, Vegas, Austin, London, and Paris for work.

Natalie travels constantly while pursuing her acting career and expanding her brand name as a model.