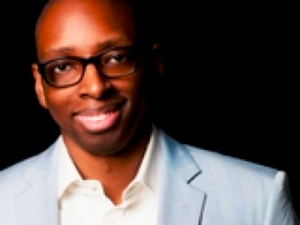 Today Fred Mwangaguhunga is a New Media Digital Entrepreneur and has been touted as a “rising star,” by  The New York Times. His continuous snowball-growth can be attributed to his brain child, mediatakeout.com – presently the number one urban celebrity online news outlet. Mediatakeout was founded in 2006. Since then, it has grown to an audience of over 50 million monthly visitors, beating out it’s competitors by consistently generating 10 times the traffic they produce.

MTO is now the second highest video content publisher on all of Facebook, coming in right after Buzzfeed. The sites draw-in lies in it’s ability to connect with it’s readers, providing content tailored to their keen interest, while delivering the news with an unrepeated, distinct humor.

Fred Mwangaguhunga claims his business was created out of a pure need in the market and says, “One day I was speaking to a close A-List actress friend of mine, and she was expressing her frustrations to me and mentioned that she starred in movies that were #1 in the country, but when she stepped on the red-carpet as a woman of color, all of the camera men put their cameras down.They did not do this with malicious intent, but rather she explained that since there were no celebrity news sources catering to people of color. The photos they took of her would not sell, so they passed on wasting film, where they could not make a profit.”

This lit an idea in his mind to develop an online news sources. He created a celebrity entertainment website that caters to the urban population. Soon after launch, there was a snowball effect in traffic. Anytime they covered a celebrity of color, views spike. At that time, Gawker was becoming popular and Fred studied the way their ads worked by purchasing ads himself and gaining knowledge about how profitable that side of the business was. Because NO ONE else was reporting on the urban communities favorite stars, or giving them an insight into their lives, Media Takeout built a significant following. “When you identify a need, you identify a group of people that are lacking something. If you are able to provide what they are lacking, and be the first of its kind, you are able to set the tone, and reach a community that will gladly consume your product because they are yearning for it.The entrepreneurial bug may get you when you least expect it, and it can take you places you’d never imagined or planned for. Today, after filling a void in the web-space, our site generates over 50 million unique visitors a month and is ranked the number one urban celebrity news source in the world, reaching over 92% of the world-wide African American population.” says Fred

More about Fred and Media Takeout:

With a JD/MBA from Colombia University, accompanied by an intuitive knack for business, Fred Mwangaguhunga made his opening imprint in the work force by holding a paramount position as an attorney in the fast paced world of Wall Street. Ensuing his success, Mr. Mwangaguhunga’s took hold of his entrepreneurial spirit, prompting him to found an innovative and resourceful door-to-door laundry service, where he served elite clients like Mariah Carey & The Victoria’s Secret Fashion Show. In due course of the business’ growth and popularity, a bevy of buy-out offers were continually submitted. After some time, Fred accepted an exit deal and placed his eyes on a new prize.

INC. Magazine along with many others have credited Mr. Mwangaguhunga for building MTO into a “hugely profitable blog.” The New York Observer named Fred one of 2014’s “Top Media” people. He is frequently sought out to provide entrepreneurial advice and insight. He has appeared on Access Hollywood, Bravo with Andy Cohen, GQ, the Wendy Williams show, CBS Early Show, BET, Bloomberg Business Report, Sirius XM’s Sway in the Morning and featured in Crain’s NY Business, Newsweek, the NY Post, The Grio, and Black
Enterprise among other top tier national outlets, discussing entrepreneurship, pop culture, entertainment news, digital business and celebrity gossip. Currently, Fred is immersed in the process of expanding the MTO brand and is excited to unveil all of the company’s new
developments. He has also began to dive into the world of venture capitalism and investing.