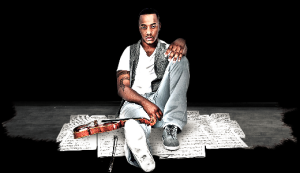 Easy come, easy go; was the lesson two-time Emmy Award winning violinist, Damien Escobar learned when he and his brother walked away from a multi-million dollar brand that took ten years to build. The now 27-year-old’s claim to fame came early on in his teens when he, alongside his brother, appeared on “America’s Got Talent” as Nuttin’ but Stringz. Two urban kids from Jamaica, Queens, playing a blend of hip hop and classical melodies with a violin was somewhat surprising to viewers, and unique to say the very least; and the duo quickly shot to stardom– appearing in commercials and movies, touring, and even adding a platinum selling album to their accolades. But growing creative differences eventually became too much for the pair to bear, and the success of Nuttin’ but Stringz came to an end– shattering the name and reputation Damien worked hard to establish, and forcing him to rebuild from rock bottom.

Escobar, once a self-proclaimed retired violinist, is now on everyone’s radar; and has even obtained online success with viral videos picked up by media giants such as WorldStarHipHop.com, Huffington post, and Allhiphop.com. A recent feature in PEOPLE Magazine elevated Escobar to new heights in his solo career; highlighting his movement of giving back to others by doing random acts of kindness.The star even found his way back on national television, accepting an invitation to appear as a performer in WEtv’s “David Tutera’s: Unveiled”. And since then invitations to appear on television haven’t ceased; landing Escobar in the interviewee chair at FoxNews and NBC, with other appearances lined up for the remainder of 2014.

As a veteran, knowing the ups and downs of the industry, Escobar has committed to centering his career around the loyal fans he refers to as “good people,” who constantly remind him of why he got back into music. His appreciation for the support system he feels sustains him, spawned his Pop-Up Performance campaign. Armed with a giant speaker, a mic, and his violin, Escobar set out to surprise unsuspecting New Yorkers with a pop-up concert experience. The response to his documented journey was overwhelmingly positive, and resulted in Damien announcing a five city pop-up performance tour.

Currently, Escobar is appreciating his journey as a fresh new artist, with the release of his high-energy, inspirational single “Freedom” which debuted on CNN.com. He is scheduled to go on tour in Mid-May, and can be seen on “The Katie Couric Show” on May 28th. The artist has also tapped into the book industry, penning his first children’s book entitled “The Sound of Strings.”  He will begin his book tour at the start of the new school year.

In 2010 Nuttin’ But Stringz disbanded and Damien Escobar emerged as a solo artist out to make a name for himself. Humble in his dealings but confident in his craft, Damien makes it no secret that he’s determined to gain recognition for being the “dopest” violinist to crossover into mainstream music. In an industry not overpopulated by instrumentalist, the urban-rock violinist is looking to change the game. He’s a pioneer with a plan, and the future of music rest in his hands.