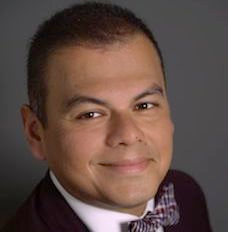 Marco Gonzalez is the Director of Yahad in Unum, working closely with its well-recognized founder, Father Patrick Desbois.  Although Yahad in Unum is based in Paris, Marco himself is Guatemalan-born.  He was inspired to join the organization after a chance meeting with Father Desbois and then moving to Paris to study French and dedicate himself to furthering the Yahad in Unum cause.  At the age of 40, he is now its Managing Director.

Yahad in Unum, “Together in One,” is a global movement that scours countries in Eastern Europe for the unmarked mass graves of Holocaust victims that have been largely overlooked by history. These Jewish and Roma victims weren’t held in large death camps, but were nonetheless causalities of a special type of genocide perpetrated by the Nazis; they were gathered in groups near small towns throughout Eastern Europe, shot to death and buried in unmarked mass graves. This dark episode of history has been termed as “The Holocaust by Bullets.”

Yahad in Unum finds the previously unknown mass graves and provides identification and closure to families of the victims of these unspeakable crimes.  Moreover, Yahad in Unum is a strong voice of protest against genocide and mass violence in recent times that have followed the procedural model of “The Holocaust by Bullets.”

Marco’s work with YIU also has a deep personal resonance.  Growing up in Guatemala, he was keenly aware of the abysmal human rights record in that region, especially the systematic mass killings perpetrated by the military dictatorships and the guerilla of an estimated 200,000 ethnic Mayans, mostly during the early 1980s.

His work with the organization is now allowing him to raise awareness of the Holocaust to the Guatemalan population and also the possible parallel to what his home country has experienced in the last 30 years.  Yahad in Unum will be opening a Holocaust museum in Guatemala City next year in order to teach to the new generations the horrors of this chapter of the European Jews, Roma and other civilian victims lives during WWII, and also to create awareness to Guatemalan youth about the violence of today.