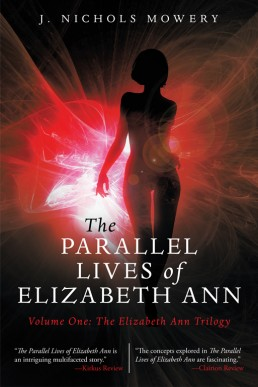 “The Parallel Lives of Elizabeth Ann” by artist and writer J. Nichols Mowery is a psychological thriller that follows the parallel lives of three women born as one child, contemplating the great mysteries of our universe.

The first in a series, this new book explores the concept of parallel dimensions and the consequences of the choices we make in life.

In this new novel, three women’s separate dimensions entwine and mesh, revealing the mysteries behind their parallel lives. On the Summer Solstice, each woman comes face to face with the consequence of her actions and the conflicts that brought the three together.

“The Parallel Lives of Elizabeth Ann” took Mowery several years to complete. 10 years ago, a voice told her to “Write Parallel Lives,” and a clairvoyant friend later confirmed the same concept. Years later she began to write the story, inspired by her many walks on one of her favorite beaches in the Pacific Northwest.

“I hope readers enjoy this unusual story then ask themselves, ‘Do parallel lives exist?’” Mowery said. “Hopefully they will have great discussions and question the possibility of their own parallel lives.”

J. Nichols Mowery is a writer and artist. She and her husband, John, raised two children on an organic farm in Eastern Washington. She now lives near Seattle. “The Parallel Lives of Elizabeth Ann” is her first book.