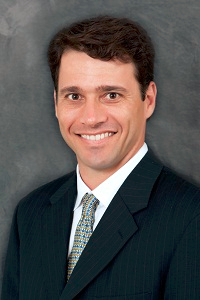 We all want our children to grow up to be successful – not only in their professional lives, but in their personal ones, as well. Raising children to have a love of learning, a drive to achieve, a positive outlook, and a confident attitude and approach to all they do is not always easy to do, especially for today’s busy parents – but a certain set of principles helps guide the way.

Brooks Olbrys, a successful investment banker and passionate father, didn’t always live a comfortable life. Raised in a single-parent household with modest means, Olbrys began studying the Principles of Achievement as a young man. Later, looking back on his journey, Olbrys realized just how important those principles were to his success and longed to make them accessible and enjoyable to his son and other children.

With his young son’s help, Olbrys published a series of children’s books titled The Adventures of Blue Ocean Bob, the latest of which is the second installment: The Adventures of Blue Ocean Bob – A Challenging Job. Each book presents five important Principles of Achievement to young readers in a way they can enjoy and understand. The principles in the second book include: confidence, responsibility, communication, gratitude and success. 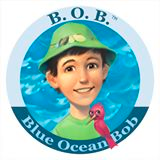 As a lifelong student of achievement philosophies, Brooks Olbrys was inspired by his young son to make these philosophies accessible to children in the storybook series, The Adventures of Blue Ocean Bob.

A graduate of Stanford University, the Fletcher School of Law and Diplomacy at Tufts, and the University of California at Berkeley School of Law, Brooks is the founder of Children’s Success Unlimited and a managing director at investment bank Ion Partners. He lives with his wife and son in New York City and greatly enjoys escapes to the North and South American coastlines.