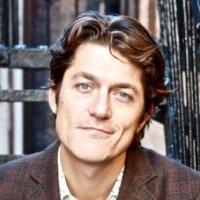 I’m the Director of Marketing at Restless Books, a new digital publisher of international literature. Restless seeks to enlarge the horizons of readers by bringing them great books and important stories from around the world at a time when international borders are at their most porous and digital publishing is expanding the possibilities of reading and global citizenship.

Previously, I was the literary editor at Bookish, a book discovery site that launched February 2013, featuring original content about new and notable books and authors, retail of books in all formats from all major publishers, a unique, expert-curated recommendation engine and user-generated virtual bookshelves.

Prior to Bookish, I was an Assistant Editor at Little, Brown and Company, where I worked alongside Editor-in-Chief Judy Clain from 2007 to 2012.  I have done extensive editorial work on many Little, Brown titles, several of which have been bestsellers and award-winners (see my Books Edited list).

I earned a Master’s degree in English and Fiction Writing from the University of Texas at Austin, where I received a James A. Michener Scholarship.  At UT, I was the editor of the newly founded national literary magazine Bat City Review, where I published writers including Colm Tóibín, Patrick McGrath, James Tate, Billy Collins, Mahmoud Darwish, George Saunders and Aimee Bender.

As a freelance book editor, I bring my publishing expertise to bear as well as my experience being “on the other side of the desk” as a writer. I assist writers at all stages of their careers, from aspiring novelists to journalists and memoirists working on their first books to established authors of fiction and nonfiction.