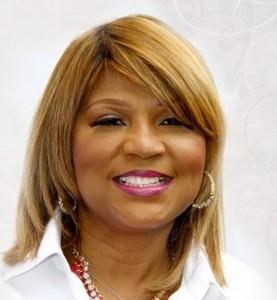 Evelyn Braxton, Ms. E, Mommie or Mom mom as her grandchildren so affectionately calls her, is the matriarch of the Braxton Family. Evelyn is the mother of Toni, Traci, Towanda, Trina and Tamar the sisters from the hit We TV reality show “Braxton Family Values.” She also has a son Michael Jr. Evelyn was married to her children’s father Michael Sr for thirty five years; however their marriage ended in a divorce which temporarily left her devastated.

In trying to deal with her divorce and sort through the reality that her husband of thirty-five years was unfaithful, Evelyn became depressed and the world around her became dark. She felt a cloud hanging over her head. She stop enjoying the things she took pleasure in before her divorce. She didn’t want to go outside oropen the blinds to view the outside world.

One day Evelyn had a vision, and after her vision she began to see things clearly and optimistically. It was that day, after having a vision, that she knew God healed her heart. After God healed her heart she wanted to help remind others in similar situations that what God did for her he can do it for them as well. It was from her own testimony that her ministry and counseling service “God Can Heal The Heart” was birthed.

No novice to counseling, as Evelyn attended Sojourner College, in Annapolis, MD and Bowie State University where she studied Social Science and Psychology. She also attended Wesley Seminary College in Washington, DC, and had has pastored and counseled her own church for many years. Additionally, she was a tenured volunteer counselor at Sarah’s house, a shelter for distressed women and families.

Through God Can Heal The Heart, Evelyn offers life coaching and counseling services for individuals and families. She also does corporate speaking engagements and church events focusing on self-empowerment that helps encourage, motivate and and support other men and women who have been through personal trauma.

Don’t be ashamed or afraid to heal because through it all, God Can Heal the Heart!