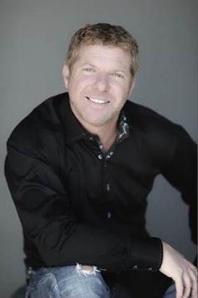 Eric Schneider was a handsome 6 year old boy who was sexually abused by his scoutmaster for 4 years 3 x a week. His abuse led to self-loathing, a hatred of society, and violence. He joined the Whitey Bulger gang, finally got therapy, turned his life around and now is helping others who have been abused. Eric spent 8 months in a FL jail and discovered almost every prisoner had been abused. National statistics show that 14 % of prisoners were sexually abused as kids. Some more stats:1) More than 4 kids die every day due to child abuse. 2)The cost of child abuse annually is $124 billion. If we can stop this abuse our prisons would be ½ full and the taxpayers would save money. His new memoir is fascinating and helpful to others. Can you do something with this?

Author shares how he overcame childhood sex abuse, crimes with the Whitey Bulger gang, and addictions to drugs and alcohol

Eric Schneider was one of numerous young victims in a major sexual abuse case that rocked Boston in the mid-1980s. Some of the boys committed suicide, but the tormented Schneider became a violent teenager, an arsonist, a drug dealer, and a criminal.

He recounts in detail the incredible challenges he faced and overcame in a new book, The Choir Boy: Why I Turned to a Life of Crime with the Whitey Bulger Gang after Being Raped by My Scoutmaster

Schneider hopes that by sharing his struggle to lead a normal life, others can avoid abuse and the troubling consequences of a life of crime. He describes his outrage when the community he lived in refused to believe that a widely admired scoutmaster had been abusing young boys for many years and introducing them to drugs.

By the age of 20 he was a member of the notorious Whitey Bulger organized crime network in Boston.

Captured and faced with life in prison, Schneider testified for the prosecution, sending his partners in crime to prison. He was given a new identity by the witness protection program and lived in obscurity in another state. Intelligent, talented, and charming with choir boy good looks, he lived well but repeatedly destroyed his career in construction and two marriages because of his drug-induced behavior.

He candidly shares his experiences and inner feelings about:

The Choir Boy is the journey of a survivor who has been to hell and back, yet sees a bright future. It is Schneider’s hope that his candid story will help other victims of child abuse overcome their suffering, and help parents prevent child abuse by recognize signs of it and assuring children that it’s safe to talk about whatever might be bothering them.

Eric Schneider is a survivor of childhood sex abuse, alcohol and cocaine addiction, industrial poisoning, and a life of crime as a member of the infamous Whitey Bulger organized crime syndicate. At one time a professional bank robber, he became a successful building contractor, is rehabilitated, and is in a loving relationship. He is affiliated with Childhelp, an organization for the prevention and treatment of child abuse. He lives in Aliso Viejo near Los Angeles.