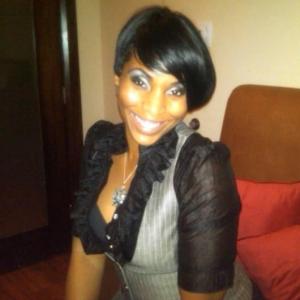 From the depths of the R&B music revolution emerges an artist whose multi-dimensional lyrical decadence is nothing short of sensational. She is the innovative, yet sensual phenom whose passion and drive for success propelled her music into a new dimension of personal growth for music lovers to experience. Her name is Adina Howard.
​
From Radio, Stage, and big screen here is everything you want to know about R&B sensation…..Adina Howard.​

Adina Howard rose to prominence during the New Jack Swing Era of the mid-1990’s. She is known for her unabashed sexual image, vocal talent and provocative songs.

Her debut album Do You Wanna Ride?, featuring the Platinum selling hit single, “Freak Like Me,” was released in 1995 and was certified Gold by the RIAA. Remixed versions of “My Up And Down” and “It’s All About You” were also released as singles.

A second album, Welcome to Fantasy Island, garnered critical raves and a moderate hit with the lead single, “(Freak) And U Know It,” but was shelved by Elektra Records in 1997. That year she collaborated with Jamie Foxx on the Platinum selling slow jam, “T-Shirt & Panties” which appeared on the soundtrack to the 1998 feature film Woo.

Her fourth album, Private Show was released in 2007 by Arsenal Records along with a promotional single “Picture This.” The album managed to reach #17 on the iTunes R&B music chart. Following the album’s release, a remixes EP for “My Hips” (appears as “Hips” on her album) was released on iTunes & other digital services in December.

In 2008, she appeared in the short film Poke the Sleeping Bear which won the Grand Jury Award at the 2008 Solstice Film Festival.

September 2009 UK compilation Independent Soul Divas 2 was released on Lola Waxx Records. This compilation album featured “What Do I Do,” a song recorded by Howard in 2008. The song picked up airplay and positive response on UK Radio. 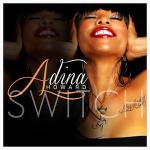 Adina Howard released her much anticipated new single “Switch” on Tuesday September 10th, 2013 on Monarchy Records, a Division of The Spectra Music Group. This hit new single is filled with pulsating beats, banging vocals and makes you wanna get your groove on. The entertainment/radio/club world is excited about the return of Adina Howard and she is sure to be back on the top of the charts in no time with this hit single.

Adina is now preparing for the next chapter of her life, with a new album and new interests. She is constantly touring while recording her new project for her fans.