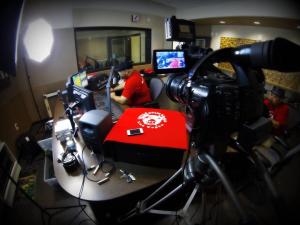 Johnie Tidwell is a new media producer + online filmmaker that produces marketing & documentary content for businesses. Tidwell consults and trains entrepreneurs & freelancers to use video to brand themselves. JT has worked in the film and television industry for over 25 years.

Online presence is the new digital currency for everyone. Are you a small business, creative artist, non-profit organization, start-ups, producers or advocate of a worthy cause? I have seen the power of television, film, radio, print build small brands and household names. The internet, mobile devices, blog sites are currently the most powerful new media tools to distribute your content. Online Video/Photo/Audio/Social is worth a billion words in telling one’s personal story .

This is what I do for businesses, artists and entrepreneurs, connecting them to new followers – who then become customers/fans/community.

Experienced with a background in film, television, radio, advertising, internet industies and working with public relations/marketing/agency reps has give me a broad perspective on traditional and new media.

Currently in development on start-up, film, music and online projects for distribution. Training entrepreneurs/network marketing to evolve into becoming micro media moguls leveraging their personal brand. I also curate independent animations for an animation blog and produce a video show with a community radio show in Las Vegas.

Making a few adjustments in your online strategy can change the course of your personal brand.

*Affliate Member of The Empower Network