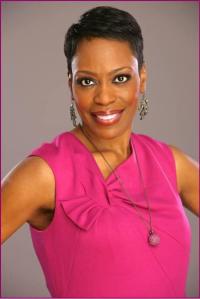 Yetta Young is also the CEO and Executive Producer of YYP & Associates, a production, management and consulting firm specializing in producing many extraordinary events. She has a keen ability to help bring clarity to the ultimate vision a client has for their project and works with her clients on vision casting, the front and back end and all the logistics in between. She has been called a Visionary, a Connector, Mover of Light and a Behind-the-Scenes-Fixer.

A highly sought after producer, Yetta’s work has traveled both nationally and internationally and appeared before millions on the Bravo Network’s, Real Housewives of Atlanta, the Tom Joyner Cruise, the National Black Theatre Festival, the Beverly Hills NAACP Theatre Awards and in theatre’s across the country. She was the first Executive Director of the Lyric Theatre and Cultural Arts Center and has appeared on ABC WTVQ36 News, KET’s Connections with Renee Shaw, DC’s News Channel 8 “Let’s Talk Live” and the nationally syndicated radio shows – The Steve Harvey Morning Show, The Tom Joyner Morning Show and The Russ Parr Morning Show.