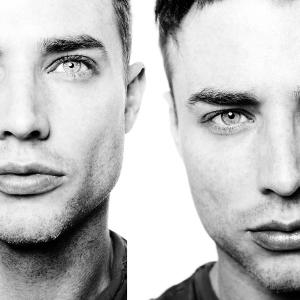 While living in Paris in 2008, Ben’s professional photography career began when his amateur work was noticed by the owner of a boutique ad agency, Darwin FX. He hired Ben as a photographer. An accomplished actor in film and television, and having appeared in magazines like Cosmopolitan, cameras were no strangers to Ben.

Ben began his acting career in Masterpiece Theater’s Cora Unashamed, alongside Tony Award winning actress, Cherry Jones. From there he appeared in the blockbuster hit Pearl Harbor for Disney. Ashley Olsen handpicked Ben to play her boyfriend in the film Holiday In the Sun and then in her show So Little Time for ABC Family. Ben went on to appear in several TV series, landing his own pilot for MTV called FIXXER and then starred in the film I’ll Always Know What You Did Last Summer, for Sony Pictures and several other films.  But stepping behind the lens as a photographer seemed inevitable to this life-long storyteller.

Ben’s most recent projects span the full spectrum of photography and directing. Recently, Ben shot for the reelection campaign for President Obama. He also worked for the US Department of State, where he documented 50 foreign Ambassadors and their experience in the US. Ben was tapped to direct a series of training spots fashioned as a television series for the Air National Guard, called “The Fence.” Directing for the DOD series built upon Ben’s other directing projects; he’s directed several short films based on editorial and fashion shoots and music videos. Working on the Got Your Six campaign, a national project aimed at bringing to light issues that returning Veterans face regarding housing, employment, health and education, allowed Ben to join forces with noted national media and Hollywood figures as he documented the campaign launch in Los Angeles. Ben has created portraits of children who have at least one parent in prison as part of a national campaign to raise awareness for the Empowering Children of Incarcerated Parents organization. So moved by these children, Ben is now board member of this group. Ben’s editorial and fashion work have appeared in regional and national magazines. These recent projects build on Ben’s prior experiences, which include work as still photographer for the film The Experiment, starring Adrian Brody and Forrest Whitaker. He also shot stills for the remake of Stephen King’s Children of the Corn, for the Scifi Channel.

Ben continues to focus on editorial and portraiture work while developing projects which allow him to share stories he finds important for our time and culture. To document the reality we see, and the reality we don’t see – the human condition – motivates Ben to continue to grow personally and as a photographer.