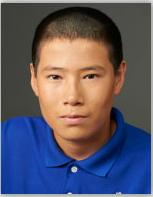 Owen Settee is a 13 yr old, grade 8 student at Deerwood Elementary school. Owen has been the main driver for three initiatives in Thompson which help the needy. He is currently training in Mixed Martial Arts and is a Red Stripe at Laban Fitness Studio.

Owen moved to Thompson in 2008 from Cross Lake, MB. At that time he became aware of the situation of the homeless people in Thompson. He observed them going through garbage bins for food and sleeping outside and in the bushes. Two years passed and Owen started buying the homeless individuals food and giving them change. Owen made them happy, one man shook his hand and thanked him for caring about other people. 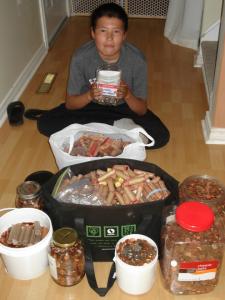 Throughout the year he noticed the homeless people walking around early in the morning without warm clothing and it really bothered him. In the fall of 2011 when the Thompson Homeless shelter was forced to operate on limited hours due to lack of funding, Owen had an idea and started a food drive for the Thompson Homeless Shelter’s annual Christmas dinner. Thanks to Owen’s efforts and the support of the community, the dinner was a success.

Owen started another project called “Pennies for the Homeless” in May 2012. He challenged local businesses to donate to his project. He raised $1,358.00 on his project with all the monies going to the homeless shelter for their basic everyday needs. On January 2013, Owen also collected donations for “Surviving the Cold Fundraiser” by collecting food and socks and gloves for the local homeless shelter.