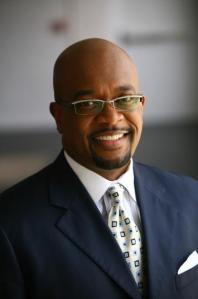 Open the door to your greatest potential

Zig Zigler used to say he’d see you at the top. But he didn’t tell you what you’d find when you got there. That’s where CEO and bestselling author Keith Wyche comes in.

If you are serious about advancing your career and you want to make it to the top, good is not enough. And, when you get there, you will find that the rules are different in the C-suite because what got you there is not enough to maintain you success in the upper echelons of corporate life. Criticism is more intense. Reputation is everything. The perception gap widens. Your values will be put to the test. You will need to work with, rely on and lead your team in a much different way than any of you are used to.

Keith Wyche  is a results-driven CEO who has spent 30 years working his way up and leading such companies as Ameritech, AT&T, Pitney Bowes, IBM and SuperValu. Through his books and his entertaining and no-nonsense keynote presentations, Keith outlines the (previously) unspoken rules that every employee, regardless of title, salary level, or years of experience, needs to know if they aspire to fulfilling their greatest career goals.

“An inspirational session where participants were engaged from the start to the end.”

With more than 30 years experience earning serious results for some of America’s best known corporations, including Ameritech, Convergys, AT&T, IBM, Pitney Bowes and SuperValu, Keith Wyche has risen to become a successful CEO and one of the highest-ranking African-American executives in the U.S. Keith understands the rules for success, rules he now shares as an author, speaker, and thought leader.

Keith Wyche knows first hand how to lead an organization through change. As President and CEO of Cub Foods (a division of SuperValu), a $3 billion grocery chain with more than 8,000 employees, Keith led the division to double-digit sales growth in his first year—even though his only retail experience with groceries was buying them. After successfully turning around Cub Foods, SuperValu needed Keith to turn around their Acme Markets division, a larger division with 113 grocery and pharmacy stores and 11,000 associates that had been on a downward spiral as sales and profits had declined for the prior five years. Within a year as President and CEO, Keith had reversed that trend and led the chain to growth for the first time in a half a decade.

Before joining Supervalu, Keith was President of U.S. Operations for Pitney Bowes. There he turned around an organization that was losing clients, seeing its competition eat its market share, and suffering from a demoralized workforce.

Keith began his career in sales, marketing and management with AT&T and IBM. Currently he is on the Corporate Board of Directors of WMS Industries and the National Black MBA Association (NBMBAA).

Keith has been recognized for his achievements, both in the corner office and outside. His awards and honors include:

A dynamic and charismatic speaker, Keith has brought his insight and experience to some of America’s leading corporations and institutions, including Harvard University, Northrup Grumman, Home Depot, Cargill, Microsoft, NY Life, and GE. Known for his straight-shooting, yet humorous style, Keith’s keynote talks and workshops focus on empowering employees to not only reach their full potential, but in doing so make their success their organization’s success too. His topics include:

Keith Wyche is the bestselling author of two books on how to supercharge your performance and reach the top of the corporate world.

In his latest book, Corner Office Rules: The 10 Realities of Executive Life, (Kandelle Enterprises) opens the door to the often hidden world of the C-suite. From understanding that you actually don’t know everything, to knowing how to take—and use—criticism, to learning to listen to people outside your circle, to understanding the importance of having a life outside of work, Keith teaches the rules he’s learned from his years as a successful, results-driven top executive.

Keith’s first book, Good Is Not Enough: And Other Unwritten Rules for Minority Professionals (published by Portfolio, a division of Penguin Random House), was an Amazon bestseller, and was nominated for the 2009 NAACP Image Award for Outstanding Literary Work. As one of America’s highest-ranking African American executives, Keith knows the extra challenges minorities face when they climb the corporate ladder. In Good Is Not Enough, Keith teaches the key lessons that got him to the top, including the importance of personal branding, staying visible and current, how to cultivate a mentor, identifying potential career killers, and more.

Keith was born and raised in Cleveland, Ohio. He received his BBA from Cleveland State University and his MBA from Baldwin-Wallace College. He currently resides in the greater Philadelphia area.