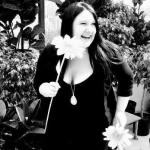 “A Rose by any other name would smell as sweet…” said Juliet, in Shakespeare’s famous play, Romeo and Juliet.  The question is, would they sound as sweet as THIS  Rose?  Part down-home country girl, part sophisticated musical veteran, Amy Rose has already earned a reputation for being one of Ontario, Canada’s best-known secrets.  From her early years on small-town fair and festival stages, to her brand-new, Nashville-recorded single, this Rose with the soaring vocal range and pop country sensibilities is on a journey to the world stage and beyond…THIS is the beginning!

Recorded at Sony Tree Studios in Nashville, Tennessee, “I Just Want You To Know” is the new single from Amy’s forthcoming third album.  The track, a pop-country cover of a song originally recorded by the Backstreet Boys,  was produced by Glenn Coulson and Marty Beecroft of After Tuesday Productions, and it features some heavy-hitters on the Nashville studio scene: Mark Prentice, bass (Vince Gill, Keith Urban;) Glen Duncan, fiddle (Reba, Shania;) and Mike Rojas, keys (Lady Antebellum, Luke Bryan,) among others.  This mid-tempo gem is already receiving critical acclaim from the industry: Patrice Majors of Focus On The 615, gives it 5 out of 5 stars.  It was the Most Added Single at country radio, weekending October 26, 2012, according to New Music Weekly magazine, and it reached #9 on the NMW Country chart. It is currently on the Music Row charts, at #88.  The song also helped Amy receive four first-round nominations and one final round nomination in the 2013 Ontario Country Music Association awards and three nominations in the 2013 Independent Country Music Association Awards.  It also helped her earn a Barrie Cultural Grant award, voted on by a jury of professionals from across Canada.

“I Just Want You To Know” follows the European release of “(Redneck Reunion) Party Like A Redneck,” a song that was co-written by Amy and her producers.  A funny, tongue-in-cheek music video has already secured a spot in the rotation on CMT Canada, and it was recently the #1 music video on OnlyLyrics.com.  The video for “Redneck Reunion” also debuted in the Top 25 Most Watched Music Videos on Y’allwire.com (#21.)  The track debuted at #7 on the Independent Music Network country chart, and it has received airplay in Netherlands, UK, Germany, Australia, Japan, Denmark, and of course, Canada.

Amy Rose grew up in Barrie, Ontario, Canada, where she began her singing career at the age of 5.  Her first public performance was in a singing contest at the Barrie Promenade Days, a local fair.  A series of singing competitions followed, including her most memorable early moment: “It was at the Kinmount Fair,” Amy recalls.  “I had been the winner for the previous three years, when I was lucky enough to meet one of my local heroes, Jason McCoy (2001 CCMA Best Male Artist.)”  It was also during this period that Amy was trained in, and mastered the art of yodeling, earning her the respect of Ontario’s country music community.

Amy’s first album, One Special Girl, was released independently, when she was 13.  On the strength of this album, she landed a spot on Dorian Baxter’s Gospelenium Tour, opening for Joni and Cathy Twitty, the daughters of her then-idol, Conway Twitty.  Other openers for The Wilkinsons, Emerson Drive and High Valley followed. Her 2nd album, The Last of the True Believers, was released in 2001, receiving airplay, and earning her the reputation as one of Canada’s best young female artists.  A brief hiatus from recording gave Amy the opportunity to raise a family with her husband; passing along the strong values that have always been an important part of her life.  During this period, she continued to inspire live audiences by performing for fundraisers and promotional events, including those for Opry Orillia, Opry North, Penetangueshene Centennial Museum, and other Midland events.  But, Nashville began to whisper in this northern girl’s ear…

In the Summer of 2010, Amy began working with After Tuesday Productions, best known for their recent #1 iTunes album by Derek James Tilley.  Earning Amy comparisons to contemporaries like Carrie Underwood and Kelly Clarkson, “I Just Want You To  Know” is just a preview of what lies ahead for this burgeoning vocal superstar.  Remember, this is only the beginning…