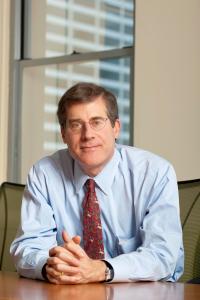 Dan Biederman has He’s enriched the lives of millions of New Yorkers and others around the country by building and transforming existing city parks and neighborhoods.

Dan is the President of Biederman Redevelopment Ventures Corporation in New York City, which
partners with cities around the country to consult and bring improvements to their parks, plazas and downtown areas by using private corporate funding. not city, state or taxpayer money.

BRV Corp. also helps cities organize Business Improvement Districts to improve, manage and transform blighted areas into attractive, desirable destinations where businesses can locate and thrive. BID’s not only visually improve city districts, but also increase property values and provide positive community relations and good will for the companies that provide the funding.

Biederman’s been called a visionary, an innovator and this generation’s Frederick Law Olmsted, the father of American parks. As Olmstead is revered for his landscape design and architecture in New York’s Central Park and Montreal’s Parc Mont-Royal, Biederman has brought the same foresight and imagination to public spaces like Bryant Park, the Southwest Chelsea district in New York City, The Boston Common, Rittenhouse Square in
Philadelphia and dozens of venues in the US.

As President of The Bryant Park Corporation, The Chelsea Improvement Company, and The 34th Street Partnership, Biederman helped transform gritty, eye sore areas in New York City to attractive, desired locations to live and locate businesses. As co-founder of The Grand Central Partnership, Biederman helped renovate a NYC landmark from a deteriorating, dreaded and sometimes dangerous transportation hub to today’s Mecca for tourism, food and a safe destination for commuters.

Perhaps Biederman’s greatest revival project is Bryant Park which he helped transform in 1992 from a crime-ridden, drug-filled, dangerous midtown location behind the New York Public Library into a seven acre jewel and quiet haven for New Yorkers and tourists in midtown Manhattan. Bryant Park was named as one of the 10 best “Great Public Spaces” in the nation by the American Planning Association. Bryant Park’s revival has also created a boom in attracting stunning new high rise office buildings and brand name companies to an area once most avoided.

Biederman has improved the lives and neighborhoods of New Yorkers by enhancing streetscapes, fixing sidewalks, upgrading lighting, and adding trees, flowers gardens, and moveable chairs and tables. He attracted corporations to sponsor events and programs that drew people to Bryant Park, Chelsea Triangle Plaza, Herald and Greeley Square and made them safe havens for neighborhood residents, tourists, and office workers.

Biederman has brought improvements to The Boston Common and Rittenhouse Square in Philadelphia and has consulted on downtown redevelopment / management projects in Los Angeles, Chicago, Dallas, Houston, Atlanta, Miami, Pittsburgh, Baltimore, and Newark, among other cities.

Given the new economic realities, and coming off the recession, parks and downtown areas can no longer be maintained by city and state governments alone, but increasingly through public-private partnership.

Biederman raises money privately through sponsorships and business deals, which is particularly attractive to most US cities that don’t have the finances, and don’t want to turn to tax payers, to pay for much needed improvements. Funding is raised through sponsorships, licensing arrangements, events, and concessions instead of from taxpayers.