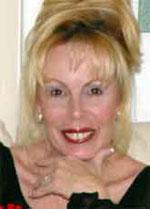 I’m often asked the question “why” I have taken this mission on. It is a 9-year journey of how I arrived at this point but as with many things, it is the climatic ending of a movie or a good book that has the most impact and drives the point home. In this case it was the ending of my mother’s life that became so pivotal for me.

I spent the last 10 days of her life at her bedside in Hospice, and watched how this life we take for granted slips quietly out of a room. How our survival instincts give way to resignation and acceptance that this fight is over.

I looked into the eyes of my dying mother who continuously asked if her check from the VA had come so that there would be money to bury her instead of cremation. The answer was always the same……..No. Even in her weakened state she would have known if I had lied and said yes. I couldn’t do that to her or to me.

My parent’s time in assisted living began as a result of a fire that rendered them homeless in a matter of minutes. My mother had been trapped in an 8ft enclosed patio with no exit, and at the last minute two angels came to her rescue. One jumped inside the patio while the other straddled the wall and together they pushed and pulled her up and over the wall to safety.

Monies had long been exhausted for their care, and they had not planned well enough to bear the burden of so many years in the care of others. So while her question about the check coming from the VA may seem insignificant, it would have allowed us to honor her burial wishes. Her fear of facing another fire was more than any of us could endure.

$160,000 would have gone a long way to have made their lives better, and to help lessen the financial hardship placed upon our family over 9 years. I thought about all the inquires to the VA for benefits for them, and repeatedly being told there was nothing, when all along there was.

To now have the pension awarded to my mother and be denied to the very end, to the last breath, yes, it was a defining moment in my life.

One of the last things my mother said to my sister and I was to “promise her that we would make certain that she was really dead before we let them put her in.” We promised and we made sure.

I also promised something else that day, and that was to make certain that she did not wait in vain. That there would be a greater good that would come from this sorrow. If one veteran and their family have better choices, then she made a difference.

I prefer to believe that this is her gift to give, and I am simply the messenger.

http://www.VeteranAid.org was created to provide information, free of charge, to veterans, their spouses and families. If you are a veteran, the surviving spouse of a veteran, or the responsible family member of a veteran, we urge you to apply for the VA Aid and Attendance Special Pension at the earliest time possible. This benefit could make the difference between a veteran or surviving spouse living in a high-quality assisted living facility or in a state-operated nursing home.