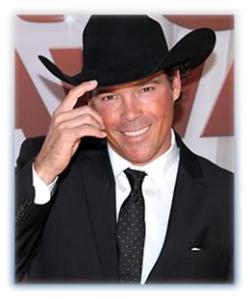 Nationally acclaimed recording artist Clay Walker made his mark on the country scene with his debut album in 1993 but suffered a blow three years later when he was diagnosed with Multiple Sclerosis.  Since then, he has founded Band Against MS (BAMS) to fight the disease and has raised upwards of $2M for the cause. In 2010, Walker worked his way back to the top of the charts with the Top 10 hit “She Won’t Be Lonely Long.”

Formed in 2003, Band Against MS is a 501(c)(3) dedicated to helping people affected by MS by supporting educational programs, funding cutting-edge scientific research and driving change through awareness and advocacy with the goal of eradicating MS.

The Five Goals Of BAMS Include:

Band Against MS provides educational information and research grants to institutions searching for a cure or treatment for MS, and fund programs that help those living with the disease.

Anyone wishing to get involved with the Foundation’s goal to raise money for MS research can make a donation by clicking here or by mailing a check or money order to Band Against MS, Inc., 2409 21st Avenue South Suite 205, Nashville, TN 37212. Donations will be used to provide funding for programs that impact people living with Multiple Sclerosis, to fund research towards a cure or treatment, and/or to further our goals as stated above.

By continuing to fund research, Band Against MS gives those living with Multiple Sclerosis hope for the future. We are sincerely grateful for the individuals, groups and businesses that contribute to BAMS’ success and recognize that they are at the core of our endeavor. Additionally, we strongly encourage those with Multiple Sclerosis to seek out and maintain a physician-prescribed drug therapy.

Some of Clay’s past accolades include:

Clay Walker, along with other musicians and celebrities such as Ben Folds and Alec Baldwin, visited Capitol Hill on April 17, 2012, to shine his spotlight on federal funding for the arts as part of Arts Advocacy Day.

Clay Walker performed for the Houston Astros opening day on Friday, April 6, 2012, at Minute Maid Park, performing both the National Anthem and “Take Me Out To The Ballgame.”

Shell Oil Company honored Clay Walker with its Shell Legacy Award for his humanitarian efforts at a dinner celebrating the Shell Houston Open’s legacy of charitable giving this past March 2012.  Along with this honor was a $50,000 check made out to Clay’s foundation Band Against MS.

Clay performed the Halftime Show at the AFC Wildcard Playoff Football Game at Reliant Stadium on Saturday, January 7, where he sang “Its Football Time in Houston” which is the team’s theme song that Walker wrote.

Clay performed his new hit single “Like We Never Said Goodbye” on the Rachael Ray Show this past 2011 holiday season.

Clay hosted a television special “Holiday Notes From Home” which aired on GAC and Armed Forces Network this past 2011 holiday season.

Sang the national anthem on September 11, 2011, for the NFL season opener at Reliant Stadium, where the Texans took on and defeated the Indiana Colts

The music video debuted on CMT.com and was #7 on GACS Top 20 Video Countdown.

Country music debut in 1993 with his smash hit “What’s It To You,” which quickly climbed to #1 on the Billboard charts

Clay Walker has several great things coming up such as:

Clay Walker will be hosting the 3rd Annual Multiple Sclerosis Benefit Concert “Chords of Hope” on June 5, 2012, in Nashville, TN.

Clay Walker will be returning to Pebble Beach Resorts for the fifth annual Clay Walker Charity Classic Celebrity Golf Tournament on June 29-July 3, 2012, to raise awareness and funds for Band Against MS (BAMS)

Clay will be hosting his Clay Walker Concert & Gala to support Band Against MS on Thursday, October 18, 2012 at the House of Blues in Houston, TX.

Clay will be starring in the movie “Alone, Yet Not Alone” set to be released in theaters Spring of 2012

Clay Walker will be launching his signature cologne in 2012

Visit Clay Walker or Band Against MS for more information