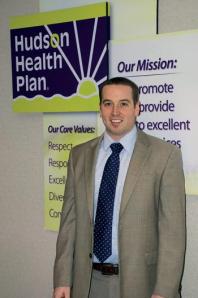 Steve Jobs said he existed at the intersection of liberal arts and technology, and that it was his intuitive understanding of both disciplines that led him to develop successful products and redefine industries. Ian Flor, 28, of Cortlandt Manor, NY, exhibits a similar perspective. He is one of the rare folks who can speak tech and English, or in his case, medicine. Ian is a self-taught computer whiz who has helped Hudson Health Plan, a non-profit health plan based in Tarrytown, NY, do the impossible — pull data out of its IT system and turn them into usable data for physicians to use to improve health care.

Ian was just named a Westchester “Wunderkind” by Westchester, which compiled a list of the county’s most successful business professionals under the age of 30 for its May issue. ( Westchester’s Wunderkinds: Ian Flor, Manager of Data Operations and Project Management at Hudson Health Plan – 914INC. – Q2 2012 – Westchester, NY) Ian has been promoted four times since he joined Hudson in a non-IT position in 2009. He quickly grew frustrated because he couldn’t extract the data he needed from Hudson’s massive IT system, so he taught himself database management. His boss, Catherine Clancy, SVP and chief strategy officer, says “Ian serves as an intermediate between our data folks and the real-world.”

Case in point: Ian led a Hudson team create a Hospital Census Report that is sent to providers daily, telling them which of their Hudson patients have been hospitalized, visited an emergency room, or have recently been discharged — information that providers would otherwise not know. Providers use the report to follow up with patients, which is a crucial step toward reducing the rate of preventable hospital re-admissions. Hudson is the only health plan in the region that is able to supply providers with this vital information.

“People have been forced to make decisions without meaningful data,” Ian explains. “With so much at stake in health care, the urgent need to turn data into knowledge will continue to grow.”