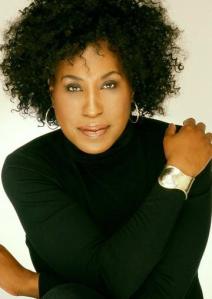 Lauded as one of the nation’s premiere fashion and beauty journalists, Cheryl Ann Wadlington is a leading consultant in the field of personal growth. She is an accomplished writer, television personality and sought-after motivational speaker, having reached millions of people through publications such as Self, Life & Style, Essence, The Philadelphia Daily News and countless others.

An accredited member of the press corps for New York City’s annual “Mercedes Benz Fashion Week,” she is the author of The DivaGirl’s Guide to Style and Self-Respect (The Elevator Group) and a co-author and contributing editor of SoulStyle: Black Women Redefining the Color of Fashion (Rizzoli/Universe Publishing).

Wadlington majored in Advertising and Communications at the Fashion Institute of Technology in New York and Fashion Merchandising at Bauder Fashion College in Atlanta, Ga. This strong educational foundation in fashion communications and history led her to develop an exceptional style of fashion reporting.

This style established her as a highly sought after consultant throughout the East Coast. Wadlington formerly served as a consultant for Ambi Products, Black Opal Cosmetics and Luster Products. She has held audience with such retail giants as the Target Corporation and served as the appointed spokeswoman on hair and skin care for The Procter & Gamble Company. She continues to serve as a leading fashion correspondent and analyst for numerous television shows: NBC’s In the Loop with iVillage and Philadelphia area affiliates WPVI-TV 6 (ABC), KYW-TV 3 (CBS), WCAU-TV 10 (CBS), WTFX-TV 29 (FOX), CN8 (Comcast Network) and WYBE Public Television.

After decades of working in the international fashion and beauty industries, Wadlington launched Evoluer Image Consultants to address the image needs of today’s females, a group diverse in culture and unique in personality. “It is time for today’s females to ‘evolve,’(as the name Evoluer implies) – and experience the type of excellence Evoluer and its team of specialists deliver.” Under Wadlington’s creative direction, Evoluer established itself as the premiere accelerator for females who want to maximize their personal or professional images and styles.

Establishing Evoluer was a natural evolution for Wadlington, who from 1986 to 1995 owned and operated Life Modeling Workshop International. Her nurturing influence can be seen through her former students, which include, neo-soul recording artist Amel Larrieux and Dark & Lovely Hair Products model Sheila Johnson.

For decades, she has also been a catalyst for empowering youth. She has orchestrated internship opportunities at some of the most prestigious fashion houses and publications in the world such as Gucci and BCBG Max Azria and In Style magazine. In addition, she has developed and operated Personal Development programs for over 700 socio-economically challenged girls in more than 28 recreation centers, housing authorities and community centers throughout the tri-state (Pennsylvania, Delaware, New Jersey) area in conjunction with government, social, civic and community-based agencies.

These highly successful award winning teen girl workshops led to the foundation of The Evoluer House in 2004. Cheryl Ann Wadlington is the Executive Director of The Evoluer House, a non-profit organization that empowers girls of color by nurturing positive self-expression and personal development. The curriculum is designed to promote emotional, mental, and social well-being and to provide girls the tools they will need to make positive choices over a twelve-week program, but our doors are always open. Evoluer House provides a safe community for girls to share experiences and learn both from and alongside one another.