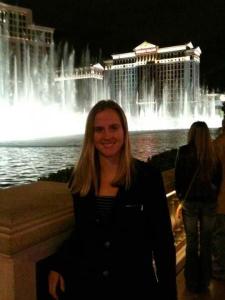 She raised 3.7 million dollars in her A round and has companies like Popeye’s Camille’s side walk cafe and illy Espressmente signed up on her roster list. Won the Business iPad App of the Year Award at MacWorld’s iWorld, where users vote to finalize the verdict. Amazing accomishments and one to follow for the future.

Lisa had various work experiences that contributed to her endeavors. Lisa successfully marketed Whale Tail tortilla chips, a product that is now commonly carried in many grocery stores. She also worked at a venture capital in the United Kingdom, where she analyzed tech startups in Europe. Lisa graduated from Stanford University where she majored in History. She also spent time studying abroad at Oxford University. Additionally, Lisa was a member of the NCAA Division 1 swim team at Stanford.