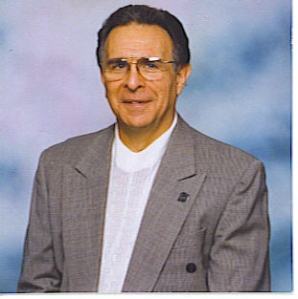 Ken Bossone is president of the World Positive Thinkers Club, which includes over 500 celebrities of the sports and business world. Members include Joni Earickson Tada- paralyzed author and artist, Donovan McNabb, Andy Reid, Tom Brady, Payton & Eli Manning, Lance Armstrong, the late Dr. Norman Vincent Peale, and the late Margaret Gorman (the first Miss America).  Cal Ripkin, Jr. and Michael Phelps, are also a card-carrying members. Lance Armstrong, Bill Belicheck, Mr.Andy Reid, Larry King, President Bush, Governor Sarah Palin, Dwane Wade, Tim Tebow, April Lufriu-Mrs World 2011-12 and many successful business people and athletes have a copy of his ‘Why Positive Thinkers Have the Power.“  Ken started the club in 1995 and voluntary dues started in 2009.  Plans are to use funds to help hungry children, and the club has already adopted a child in Appalachia.

Ken is a published author; has written a series of ‘Positive Input Children’s Stories,’ as well as articles for Executive Excellence, Personal Excellence, Leadership Excellence and KandeeG. Magazines, as well as having his own World Positive Thinkers Club blog Talk radio show where he has interviewed many famous people like April Lufriu-Mrs. World 2011-12.  He is also a financial adviser with flair for creating and evaluating business plans.  Ken  is a faculty member of the prestigious Masters Seminar Program, and has been featured on many radio shows.  A leading Chinese Publisher recently purchased the rights to publish the book in Mainland Chin, and it is now all over the world.

In his senior year at Conestoga High in Berwyn,Pa. was scouted by the Pittsburgh Pirates.  Ken volunteered to serve his country in the Army, whereby he earned the Black Belt in Karate.  During his tenure in the Army he earned letters of commendation and was named Soldier of the Month.

After the Army he started his career in sales and has won awards such as top producer of the month; most sales produced for a new agent and salesman of the year.  He was a director of sales; one of the youngest regional sales supervisors in the insurance business, and was a training director, traveling around the United States conducting sales seminars.  Part time he taught Karate to adult night schools, colleges and the police departments on the Philadelphia Main Line, as well as owning his own Karate Dojo in Malvern, Pa.

For ten years he put his career on hold, giving up a six figure income to research and write why people don’t reach goals and to discover and share the real secret of those who do.  During his research and ten year journey he discovered the three-word motto of all winners, leading to the real power, which he happily promulgates in this astounding, totally enjoyable book.  It was not all fun and games, as Ken paid the ultimate price, by facing his own unbelievable personal tragedies and hardships, (which you will read about) but never once lost his positive attitude and met his ten year goal of publishing
the book to the exact month. 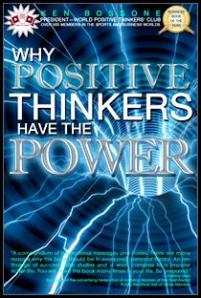 This must read book reveals why and how the mega-successful see invisible opportunities; overcome fear to take on the risk necessary to expand success; rise above defeating circumstances; maintain persistence; continually raise their standards; overcome impossible odds; become extraordinary; obtain unstoppable faith in themselves and become the ultimate positive thinker, thereby leading to greater peace of mind and true happiness.  Many leaders such as Larry King and Lance Armstrong, Governor Sarah Palin, Bill Belichick, and Andy Reid have the book.

This exciting book won the prestigious Parent to Parent Adding wisdom Award in seven categories; was named 2008 business book of the year, and has rave reviews from readers on Amazon and Barnes and Noble.