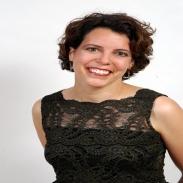 Dr. Wendy Sternberg’s ambitions are modest—all she wants to do is use the arts to bridge the divide between cultures in conflict and to create arts education and humanitarian programs around the world. But that’s all.

It’s the kind of agenda most of us can only daydream about, but Sternberg is actually doing it through *Genesis at the Crossroads, (GATC) the Chicago-based non-profit organization she founded in 1999 and continues to lead.
GATC’s mission is to use the arts as a vehicle for peace-building by creating and implementing innovative artistic, arts-education and humanitarian programs worldwide
GATC defies easy description, but its multiple programs offer a sense of what this unique organization is all about:

One Peace at a Time, in which Chicago-area students from many ethnic backgrounds created quilt squares and added messages about peace before the final product was shipped to children in Baghdad; the daylong Hamsa-Fest in a Chicago park featuring performers and artists from the United States, the Middle East and North Africa; the Saffron Caravan that brings artists from Afghanistan, Iran, Cuba, Morocco and the United States together to create new works, which then travel to music festivals and other venues throughout the world; and Arm Them With Instruments, a program in which American children, who have musical instruments they don’t use, donate them to children in war-torn areas so that local partner organizations can provide music lessons.

At the University of Pennsylvania, where Sternberg majored in French literature, she continued to kindle her interest in the arts, batiking, pottery-throwing, drawing, playing the flute and dancing.

Despite her love for the arts, she went on to pursue an entirely different field: medicine.
Becoming a doctor satisfied her need to help others and to challenge herself; after graduating from the University of Pennsylvania’s medical school she moved to the Chicago area for her residency and ultimately joined a private medical group. In 1994 at the same time she accepted a faculty appointment at the Northwestern University School of Medicine. Then in 1998, she opened her own private practice in internal medicine.

The next year, Sternberg—who had never lost her love for the arts and her interest in other cultures—participated in a self-expression and leadership program. At the end, participants were asked a question: What ideal would you put out into the world? GATC was born out of such core value.

Sternberg devised an organization organized around the core value of Genesis at the Crossroads.  For the next eight years Sternberg lived a double life, practicing medicine by day and shepherding Genesis the rest of the time promoting her brand of her unique brand of arts diplomacy.

A watershed event occurred in 2004 when she approached Chicago mayor Richard Daley with the idea of creating a large outdoor festival that would, she says, “embrace cultures in conflict.” The event finale featured a Moroccan Jewish cantor and a Muslim singer plus an ensemble composed of musicians from nine countries as well as over 100 artists worldwide. That program marked the beginning of Genesis’s first footsteps outside of Chicago; the festival finale traveled to Washington, D.C., New York City, and Los Angeles, where it was part of the UN’s 60th anniversary celebration.

Sternberg found herself running Genesis full-time and practicing medicine part-time. Giving up her job as a doctor also allowed her to participate in the Rotary International Fellowship in Peace and Conflict Studies, a trip that took her to Chulalongkorn University in Bangkok for three months where she represented the United States. Along with 22 other professionals from 18 countries, she learned how to analyze conflict, and examined issues of post-war reconstruction and justice following genocide.

For more information please visit Genesis At The Corssroads