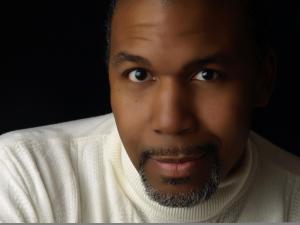 Born Nov 23rd 1960 and raised in a single parent home in the ghettos of Harrisburg, Pennsylvania, along with his four brothers. At age 6 a gang of teenagers beat him up, then tarred and feathered him, and threw him in the middle of an open field.

He got involved in the Martial Arts in 1970 for two reasons, 1) he wanted to learn how to protect himself, 2) he thought that someone would care about him if he became a  champion.  After several years of working out for four hours a day he became the Pennsylvania Tri-State Karate Champion in the adult category although he was still a teen. The discipline he learned from Karate helped him in many other areas especially his self-esteem and his physical condition.

Stan became a Christian Feb. 14th 1976 after soul winners led him to Christ while out witnessing from Victory Independent Church. They came down to the intercity knocking on doors witnessing with the intention of starting a bus route. A few months later Stan actually became captain of this bus route where he became responsible for bringing 60-100 kids, and adults every Sunday on the Bus. Stan was able to personally lead his Mother, and all of his brothers to Christ.

Stan graduated in May 1978 from Victory Accelerated Christian Academy in Harrisburg, Pa. where he won the top awards, including Outstanding Christian Character, and Best Improved Student Award. He was also a top leader in the Youth group, and was responsible for starting a weekly all night prayer meeting among several of the teenage young men, many of whom he had personally lead to a saving knowledge of the Lord Jesus Christ.

He joined the Bible Quiz team with Youth for Christ, and was chosen for the highest award, Quizzer of the year. In Sept. 1978 Stan attended Hyles-Anderson Bible College in Crown Point, Ind. where he did graduate and postgraduate work. He made the Deans list and was voted Who’s Who Among Students in American Universities and Colleges and in 1985 became a full-time faculty member at the same Institution. From 1985-1990 he taught Evangelism, the Role of Blacks in American History, the Role of Blacks in the Bible, Homiletics, Self-defense, and Church History.

Stan was awarded the Doctorate of Divinity Degree in 1993 from Great Plains Baptist Divinity School. In 1990 Stan became a full-time Evangelist with a special emphasis on youth ministry. He’s spoken in 49 states and 17 foreign countries. He’s also spoken to crowds as big as 17,000 and has preached as many as six times in one day. He has spoken at most major Bible Colleges including Bob Jones University, Pensacola Christian College.

He has appeared in many periodicals, and on numerous radio and TV broadcasts. He has spoken frequently in public schools, Colleges, Businesses, jails, and youth meetings. He often performs Karate Demonstrations while speaking to audiences. He breaks boards with his hands, feet and head. He breaks bricks with his bare hand, even bricks on fire. He often lays on a bed of nails while 100 pounds of cement blocks are broken off of his chest with a sledge hammer.

Dr Harris is a Certified Behavioral Consultant (1994) with The Institute for Motivational Living, Inc. Stan was recently (6/1/2002) inducted into the Black Belt Hall of Fame and he has also received the highest honors in Martial Arts, the 10th degree Black belt (8/10/2002). He is presently rated #1 in his division with (K.W.R.) Karate World Rating in several categories. http://www.kwrating.com/competitior/karate_rank.htm Click on Adult Excutive Black belt Forms,Breaking,Sparring,Weapons Kata, and Continuous Contact. He is in first place in these events for the first quarter!

Stan has been trained, and spoken numerous times at Hallelujah Acres in Shelby, NC as a Certified Health Minister. Hallelujah Acres is a Christian foundation that teaches health from a Biblical perspective, carrying the message to the world that, you don’t have to be sick! Dr Harris has traveled extensively across the United States doing health seminars and helping people to start their own home-based business. In addition, Stan is pursuing his (ND) Doctorate in Naturopathic medicine through the College of Natural Health based in Tulsa, Ok. Dr Stan has been a top leader in numerous Direct Marketing Companies. He is one of the top trainers in his field, and is sought after by many different Companies and Organizations because of his motivational skills and knowledge. He has shared the platform with people like Charlie “Tremendous” Jones, Doug Firebaugh, Bob Harrison, Jerry D Rhino Clark etc.

In 2003 Dr Stan and Rev. Myron Golden Co-authored the Hands free money system which is a blend of Network marketing, Biblical principles, Education, & Motivational speaking. The “Hands Free Money System” is a training module used to train the entire company distributor base on how to more effectively recruit and teach others. It is a generic support and training system for any Company serious about effective training for their advocates. www.Handsfreemoney.com.