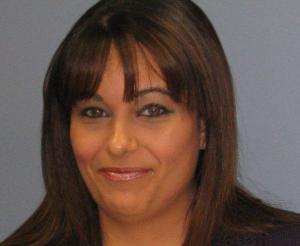 Jessica Fernandez, a 29-year old single mom  from Central New Jersey, who’s
on a mission to increase awareness on the need  for more support for  working single parents. She  came up with this  reality series concept over two  years ago when she started to notice how reality  shows in all different  genres were starting to take over television. With the  future of reality
television looking pretty promising, she often wondered why  there was no  programming that reflected the lives of what’s becoming, one of  today’s most common  types of families.

It was with this very thought that  prompted her to take an idea that had
been floating around in her head for  months non-stop, and find a way to
bring it to life. She knew in doing so  successfully could help take her single
parent movement to a level she couldn’t  imagine before, nationwide. So
single parents all over the United States can  receive the help, and support
they need to build a promising future for their  families.

Jessica had no idea how she was going to  do it. She had no prior
experience working in the production/media industry, nor  major budget to work with
either. In fact, shortly after steps to develop the  concept began, she was
one of millions of Americans left jobless back in 2009.  But somehow through
sheer determination, lots of prayer, and faith in holding on  to her vision
of the end result, kept her moving forward no matter the obstacles  she was
forced to face.

An  active mommy blogger and inspiring writer, Jessica wrote about the day
she came  up with the show concept in an article she wrote for the “Silicon
Valley Mom’s NJ Group” back in  May 2010.  She describes it as  being her first “aha” moment, where a simple  thought turned into a life  altering moment that completely changed the  direction her life was  going.

It  became the epiphany, where  for the first time in her life, she felt
that she was finally able to  confirm what she had always felt deep inside.
That her life purpose entailed  being more then just being a mother, who was
constantly struggling to find her  way in life. She realized that her past
struggles, heartbreaks and challenges  were purely life lessons she needed to
endure in order to discover her true  passions, and life purpose.